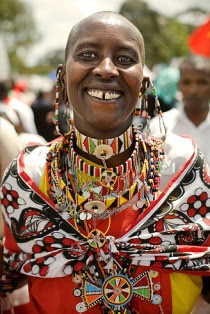 From the last post the magic of the Maasai’s gait is profoundly related to their herbs intake. Most common names you hear among them are traditionally known olkinyei, jacket plum also known as oldimigomi, olsokonoi and olkiloriti. Ideally these are wildly grown among them and act as food additives for their meat and milk intake. Amazingly, these herbs lower cholesterol and have antioxidants which make the masaai beat cholesterol ingested in their body and thus lowering all heart diseases among them.
Visiting them indicated that all these herbs are drawn from special trees in their habitats that are also used to treat various diseases besides beating down cholestrol. These include:
Malaria:
Although treatment is available in health centers, the use of the jack plum plant for instance is common and in fact is made into liquid which when ingested lowers fever and malaria.
Dental hygiene:
Almost all the herbs they take are medicinally inclined. Funny enough, their teeth are always intact apart from their ritual to remove one tooth as a tradition. This adds to the cholesterol value of a herb like the olkinyei.
Ceremonial and other STDs healer
In ceremonies their herbs are believed to be important and associated with blessings and rites of passage. But one thing that caught my attention is the belief that the herbs cure diseases such as gonorrhea and syphilis among others!
After interacting with their herbs use I thought that we should all move to masaai land and borrow their herbs use!
Bottom line is the use of plant foods to supplement our animal food intake is vital to beat cholesterol and fat intake in our bodies!
Tags: food, herbs, low cholestrol, maasai, magic

I've dealt with 'acidity' issues better known as gastritis on and off since 2015, I've mostly managed this with antacid meds and an attempt to change my diet. I got a lot of forbidden foods from the doctors I saw but not enough of the right foods that I could actually enjoy.

After enough of a struggle I decided to check in with Jane - #askthenutritionist. She did a thorough job of understanding my condition, the triggers and foods that I actually like and made a meal plan after gathering all that information. I've also been looking to lose weight and she considered that as well.

I'm on my second month of following her meal plan and advise and I feel so good! I've not had any acidic flare ups, I've stopped taking the acidity meds and I'm well on my way to losing weight (with some exercise of course). I highly recommend her and I love the fact that she checks in on my progress.
Lilian G

Ask The Nutritionist © 2020 Designed by @ECyberKE