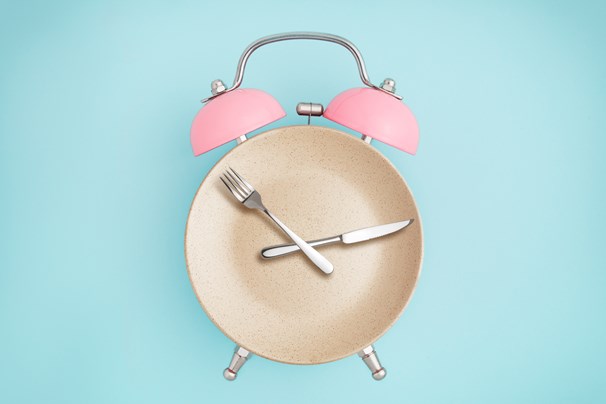 Intermittent fasting has become the diet of the moment with several people swearing by it as a quick weight loss measure, longevity booster not to mention the answer to disease prevention. Don’t get me wrong, this post is not meant to bash the diet or criticize those who have or are practicing it, I will simply weigh in on the scientific evidence that is actually proven and then you, my avid reader, can make the ultimate choice of whether to take it up or not.

Just incase you are unfamiliar with intermittent fasting (IF), it refers to a type of an eating pattern that calls for strategic periods of eating and fasting within a day all dependent on the lifestyle. This means that during the fasting period, an individual will only consume fluids which could include water, tea, coffee, juices etc. When it is time to eat, then the person could eat whatever they like, and that is why you find that the plan could be working for lots of people. That said, the plan is certainly NOT for everyone! The diet may not work very well for a person who loves to snack or anyone who has had a feeding disorder.

But what is the science behind this whole “new diet”? There is a whole turn of incredible and promising research that has been studied around the diet, all done on fat rats. Yes, you read that right. Fat rats that have been intermittently fasted tend to loose the weight, improve their blood pressure, cholesterol and blood sugars! However, they are rats and not humans! Studies on human beings inconclusively report hardly any extraordinary benefits of IF over a long period of time as compared to any other normal type of healthy diet. Ideally, most people who take up the diet, can hardly keep it up for years let alone days!

So is it just a fad and Is there one Right Formula to do it?

There is a thin line between IF being a fad diet and a healthy lifestyle depending on how often it is done and the ability to sustain it from an individual point of view. It actually has been around for ages, although in variable forms(which I will not delve into on this post), with a tweaked buzz around it since 2012. Without even noticing it, if you are having your breakfast like a king, lunch like a prince and dinner like a pauper, which is the ideal, then you are already practicing one of the forms of intermittent fasting. The idea is to have less and less after every meal since the first meal of the day which is breakfast/brunch. As such, the practice of this structure of feeding leads to a healthier lifestyle, no doubt!

So can it be a remedy for weight loss and how hard is it?

The core of IF is to allow the insulin levels in the body to lower as much as possible so that the body can burn off the stored fat. In between meals, as long as a person does not snack, the insulin levels go down and the fat cells can then release their stored sugar to be used as energy. Continued periods of this practice ultimately could lead to weight loss. The problem is that, this is not a sustainable way of weight loss since it becomes really tough to keep up with the diet with reported cases of fatigue and irritability among most defaulters.

Several individuals struggle with the fasting days and could end up compensating with large meals when they break the fast. Since there are several ways to do the fast, one that has showed great promise within the scientific realms is the circadian rhythm of fasting that restricts meals within an 8 to 10 hour period of the day time. The circadian rhythm, if combined with a healthy diet and lifestyle, can be to a great extent helpful to people who are at risk of diabetes and generally improve an individual’s well being. The bottom line is to ensure that you only engage your body to a sustainable lifestyle, bearing in mind that IF has been found to alter several hormonal processes of the female bodies especially. It is therefore, NOT recommended for anyone with a feeding disorder, breastfeeding, expecting or under medication!

I know you may still have questions, keep sending them over to info@ask-thenutritionist.com