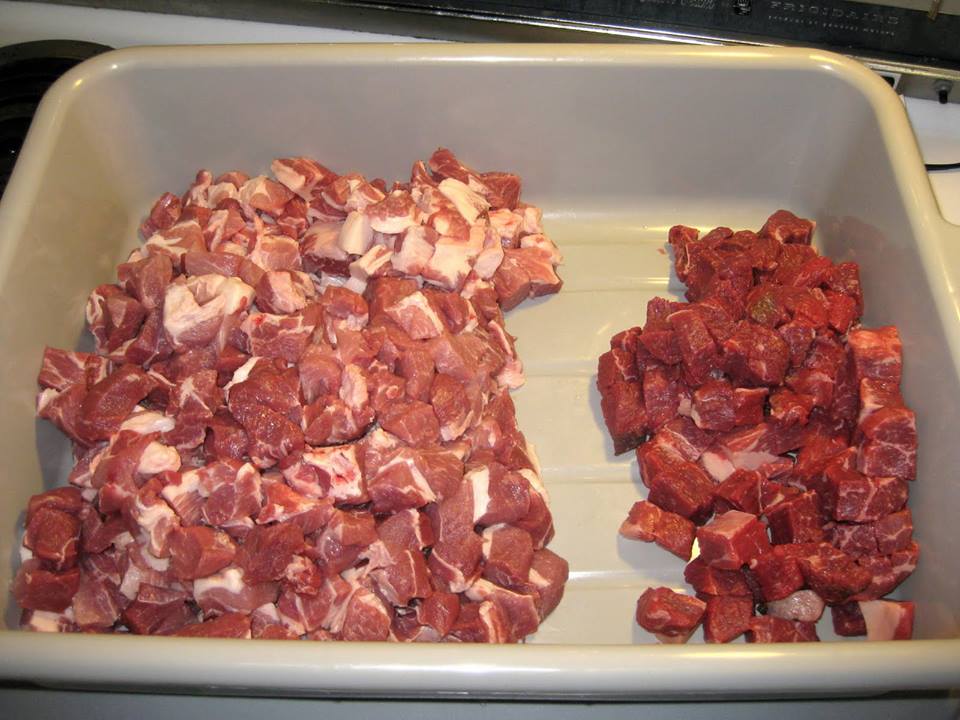 In light of the “Red Alert” story aired in Kenya, it is vital to reiterate that this is not a phenomena that just suddenly happened. When purchasing meats from any local butcher, it is easy to notice the difference in chunks of meat hang on the wall. It is therefore, crucial to be keen on the type of “cut” you wish to buy from your favourite butcher or even supermarket!

Now to know the difference of the meats that have been treated with sodium nitrate component, you can first give the sheer look at the meats offered on display in the supermarkets. Chain stores tend to have heavy loads of meat that are normally looking very appetizing for the customers as opposed to most local butchers who might not have fallen into this practice as often. As well, you can easily read into the evasive components of the meat that is even found in packaged meat components such as sausages, burger meats and so on and so forth. As such, Sprinkling meat with sodium nitrate/ sodium nitrite solution so as to improve appearance and keep being in business is a practice that has been known over time.

But why should you care in the long run? Here is why:

Sodium nitrate and sodium nitrite are food additives commonly used in cured meat. Its main function is to inhibit clostridium botulinum bacteria from producing the toxin that causes botulism. Botulism is a life-threatening illness that results in paralysis and eventually death. Nitrate combined with salt is extremely effective at inhibiting the growth of clostridium botulinum. Sodium nitrate also contributes to the flavor and pink color of cured meats.
The main concern is that it can form carcinogenic compounds called nitrosamines when added to meat products. Nitrosamines have been linked to bladder, colon, esophageal, and gastric cancers.

Your body relies on sufficient production of hemoglobin to ensure that all internal systems get the oxygen they need to function properly. Normally this is because, a diet high in sodium nitrites may lead to a health condition called methemoglobinemia, which is the inability of your red blood cells to transport oxygen throughout your body. This condition causes respiratory problems and can be fatal. Reducing your intake of foods with sodium nitrites can help prevent this condition.

Type 1 diabetes can occur in infants and young children when their pancreas does not have the ability to produce insulin. This can be a life-threatening condition if insulin levels are not monitored closely. High intake of sodium nitrites while pregnant may increase your baby’s risk of developing type 1 diabetes. This risk is higher for male babies and occurs because of your body’s reaction to sodium nitrite. The risk of juvenile type 1 diabetes can also occur if your water supply is high in sodium nitrites and you drink it while pregnant or offer it to your young children.

Chicken and fish are also not left out and are usually cured to look as fresh while they may be as old as one month since they were slaughtered! Always buy chicken from the people who slaughter them upfront. As well, the chicken nowadays is cured with hormones to accelerate growth. Well that is a subject for another day.

Meanwhile, as you probably indulge in that “Nyama Choma” or buy meat from your butcher, be careful to spot the difference in butchers and then make a choice.. you have the information now..

Tags: butcheries colour red meat sodium nitrate
Previous Post Are you Consuming the Right Probiotic?
Next Post Are you Eating yourself to Cancer?