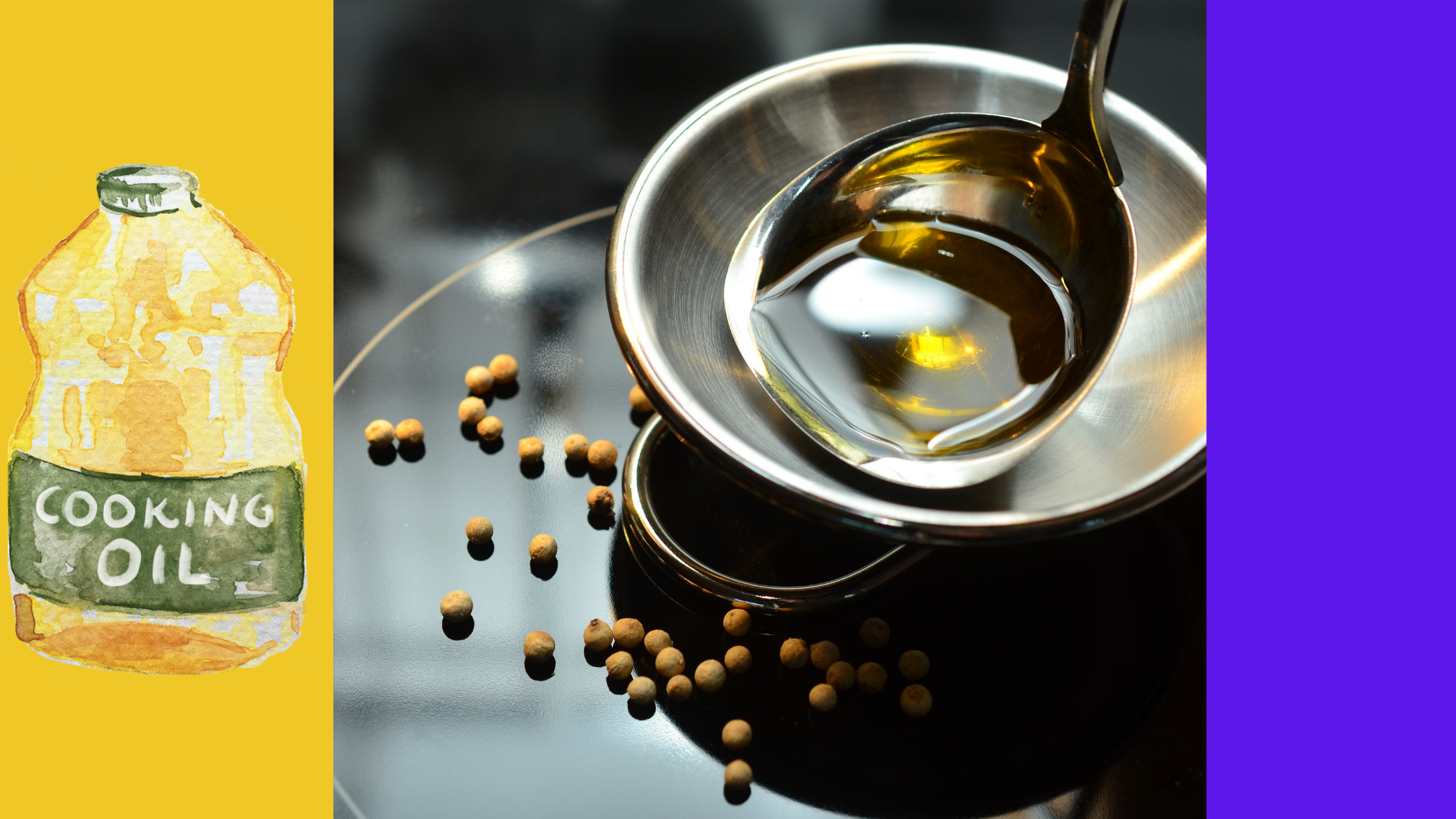 Cooking oil which is also considered as fat in the food we consume forms an integral part of cooking! Going to a grocery store nowadays can be overwhelming especially from the vast number of cooking oils there are on offer.

Each cooking oil is a product of extraction and pressing processes. Most markets now have vegetable oil that is extracted from seeds, nuts sunflowers, almonds, walnuts, olives, avocados, coconuts, safflower, and so on. Each oil that you buy has its own composition which means that while some oils are best suited for salads, others are well designed for high heat cooking and stir-frying. Manufacturers will always declare the fatty acid components and other micronutrients on the oil. Generally, the composition of saturated and unsaturated fat has to be included. Cooking oil that is high in saturated fat or the bad fat includes butter, while oil that is high in unsaturated fat, which is the good fat, is high in olive oil which tops the list of the best cooking oil. Aspects such as the pricing, availability, and accessibility could cause quite a headache on which oil to choose at any one given time.

Here are some factors to look out for:

This is the temperature at which the oil stops shimmering and starts smoking. It is also the burning point of oil and can range from 162 degrees Celsius to 271 degrees Celsius. While this may not always be a problem, if the oil goes beyond the smoking point indicated, it means that it is breaking down, and can release some free radicals that could harm the body over time. Vegetable oils such as canola, sunflower, safflower, corn, and soy have a smoking point of 205 degrees while olive oil has a smoking point of 200 degrees.

Vegetable oils can, therefore, be used for frying and baking while olive oil can be used for salad dressing and sauteeing.

When plant oils are extracted, they are heated to remove any impurities and increase their shelf life. The more the processing, the less the flavor. This is apparent when you compare the extra virgin oil with any vegetable oil. Olive oil is extracted from pressed olives with extra virgin olive oil which is the least processed. Vegetable oils almost always have a neutral-flavored blend.

So which is the ultimate healthy oil? Extra Virgin Olive oil, especially the extra virgin oil is the least processed oil on the shelves. It retains the most antioxidants, vitamins, and minerals.

However, if you choose canola oil for your cooking, it is crucial to know that it contains a good amount of mono and polyunsaturated fats. In fact, of all vegetable oils, canola tends to have the least amount of saturated fat. It has a high some point so it can be useful for cooking in high heat. It can also be very difficult to find

Avocado oil on the other hand can be a great choice since it is unrefined and has a high smoke point which means that it can be used for high heat cooking and stir fry. It is creamy and has a balanced amount of mono and polyunsaturated fatty acids. It has the highest amount of monounsaturated fat content among other cooking oils as well as Vitamin E. It can however be very expensive as compared to other oils.

The very common sunflower oil is high in Vitamin E, however, just a tablespoon of it is enough to get the recommended intake of the nutrient. It has a high smoke point and a strong flavor. However, it has a high amount of omega-6 fatty acids, and although the body needs them, they can at times be inflammatory if they are not balanced with omega-3s which are anti-inflammatory.

So whichever the oil you choose to buy, ensure that it does not easily go rancid/which means that it does not go bad by possibly becoming solid or having an awful smell after some time of storage. Your best “go-to oil” needs to remain liquid at room temperature.