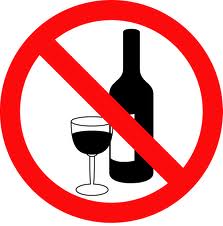 So in my line of consultancy, I have come across various people asking me what about beer? what about a little wine? and what if I am just the occasional drinker.

In the first Place, Alcohol, also known as ethanol, is made through a process called fermentation. During fermentation, yeast breaks sugar down into ethanol and carbon dioxide. This process is done without any air present, and once complete, the carbon dioxide gas bubbles out into the air, leaving ethanol and water behind. Distilled spirits, such as vodka, rum, gin, and whiskey, are fermented and then distilled to separate the ethanol from the water.

Various sources of sugar are used in these processes, resulting in different forms of alcohol. The sugar from crushed grapes is used to make wine; malted barley is used to make beer; sugar cane or molasses makes rum; grain, potatoes, beets, molasses, and a variety of other plants are used to make vodka.

The technique used to make the beverage will determine the alcohol content. You will see the percentage of alcohol per volume listed on the bottle, as well as the proof of the drink. The proof of a beverage is twice the alcohol content, so a drink with 12% alcohol per volume is 24 proof. Generally, a 12-ounce glass of beer, a 5-ounce glass of wine, and a 1.5-ounce shot of liquor all contain a ½ ounce of pure alcohol and are considered one drink.

There are various types of alcohol on the market, and while most may be touted to heavily improve metabolic/digestion rate, they usually provide empty calories to your body!!

There are several reasons why beer is blamed for pot bellies.
1. The first reason is that beer is high in calories. 1 gram of alcohol contains approximately 7 Calories. This is the second highest number of calories compared to other macronutrients in food. 1 gram of fat contains 9 Calories, 1 gram of carbohydrates contains 4 Calories and 1 gram of protein contains 4 Calories. Calories in beer are referred to as empty calories. This implies that most of these calories end up converted into fat.
A 500 ml beer (approximately 1 pint) which is 5 % v/v alcohol contains approximately 170 Calories. This means that consuming 5 beer bottles of 500 ml gives a total of 850 Calories. These are only derived from beer. When you add the calories from the other foods then you exceed the daily recommended calorie intake.
2. Beer consumption leads to hunger and dehydration, this can cause a person to eat additional food components which are also high in calories such as barbecue meats, fried food and other food items that are high in saturated fats. Actually, many beer drinkers say that fatty foods reduces the level of drunkenness.
3. Beer also leads to dropping of blood sugars level. This leads to lethargy. Lethargy leads to reduced activity which implies that less calories are burned. The burning of less  calories increases the likely hood of accumulation of fat and hence “pot belly”.

Anyone with ‘beer belly’ is at high risk of several health problems. These include: